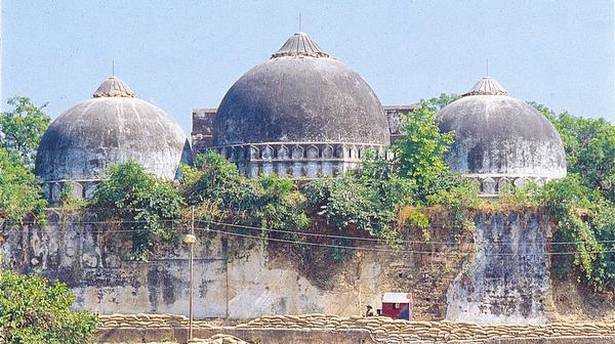 On the 6th of December 1992, the course of history of the Indian subcontinent changed forever as the Babri Masjid, or the Babri Mosque, got chiseled off in an effort to reclaim the demolished Ram Janmabhoomi beneath the structure. There have been many debates on the history of the site, archaeological surveys and legal disputes1. Less discussed aspects of that historical day are the antecedent reactions and the aftermath in India’s neighbors Pakistan and Bangladesh. Speaking about Bangladesh, what seems to have been completely forgotten is that the Hindu community in Bangladesh was attacked years prior to the actual event of the demolition of the Babri Masjid.

Let us go back in time and see when the Babri Masjid related attacks against the Hindu minority of Bangladesh began. In 1989, Ram Shila Pujan, a campaign aiming at collecting and consecrating foundation bricks for the future temple in Ayodhya, was organised. This sparked a series of attacks against the Hindus a little over thousand kilometers to the east of Ayodhya. Thousands of homes and businesses owned by the Hindus were attacked. It is estimated that more than 400 Hindu temples were vandalised and destroyed2. On the 30th of October 1989, Hindu shops were set on fire, and Hindus were attacked and molested, despite a curfew. On 10 November the same year, a Muslim mob took out a procession in Khulna district3. These attacks occurred during the military dictatorship of General Hussain Muhammad Ershad under whose reign Islam was declared as the state religion of Bangladesh, which only exacerbated the persecution of non-Muslim minorities in Bangladesh.4

A newspaper called The Daily Inqilab5, whose founder was Bangladeshi politician Maulana Abdul Mannan6, published fictitious news that the Babri Masjid had been demolished on 30 October 1990. During the same time period, the mayor of Dhaka city has been cited to have been the ringleader of the armed goons who terrorised the Hindus7. The attacks followed the same pattern as in the attacks of 1989 too; Hindu temples and businesses were attacked and set on fire. Hindus were hunted down based on the clothing they wore. Hindu priests were brutalised8. Dhakeshwari temple was vandalised, and it was not the first time Dhakeshwari temple had been vandalized. These attacks happened all over Bangladesh, rendering hundreds of Hindus homeless9.

What happened after the actual demolition? A series of attacks against Hindus took place immediately after the demolition of the Babri Masjid in December 1992 and continued well over to 1993. According to a conservative estimate, 28,000 Hindu homes, over 3,500 temples, and 2,500 businesses were severely damaged or destroyed. Seven hundred Hindus were injured. This number includes the Hindus who were killed due to the mob violence10. The assaults were one-sided and state-sponsored11. According to careful estimates, about 2,400 Hindu women were gang-raped12. Since the attacks were state-sponsored, Hindus experienced a level of insecurity that was probably the worst after the 1971 genocide, where the Hindu community was the primary target of the Pakistan Army and their local collaborators13. Thus, these attacks had caused an exodus, which was viciously taken advantage of when some opportunists belonging to the majority community took their chance and occupied the property of those Hindus, who had fled the persecution14. Rape and the threat of sexual violence was the most effective tool Islamists used to threaten the Hindu minority and keep them in fear. The police remained ineffective, they in fact participated in the violence against the Hindus.

Following the anti-Hindu riots of 1992, the government of Bangladesh did practically nothing to bring justice nor did it even express regret for being directly or indirectly complicit in the attacks against the Hindu minority community. To this date, the government has either downplayed or utterly denied the extent of the atrocities.15