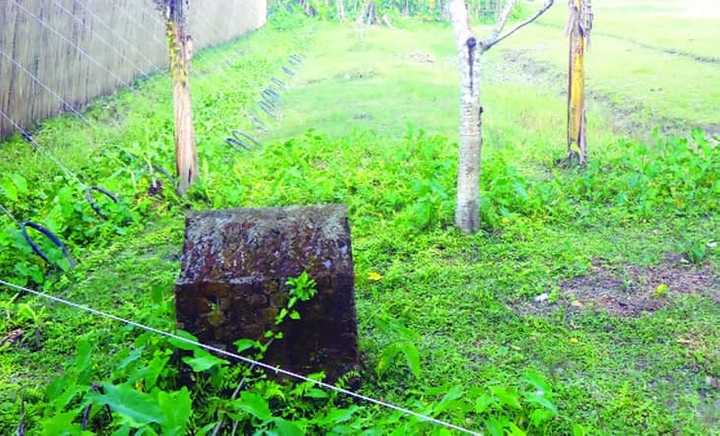 The site of Gabha-Narerkathi massacre, lying uncared and neglected

Banaripara Upazila of Barisal district has many sites of massacre. Gabha Narerkathi, Gabha Bazar, Gabha Bilbabari, etc. Totalling around 170-180. Today we will talk about the Gabha Narerkathi Massacre.1,2,3 On 2nd May 1971, two platoons of Pakistan Army came on foot in the Gabha Narerkathi village, along with the razakars of nearby villages. As stated by a survivor and witness Yadav Chandra Havaldar, the soldiers announced “A peace committee will be formed here to ensure your safety. Please come out”.4 Unable to understand the motive, hundreds of men and women came out of their homes. They were immediately captured by the razakars and the soldiers and were taken to a place with a canal nearby and was made to stand in line along its bank. Then the soldiers fired indiscriminately at the innocent captives from behind for 20-25 minutes. The screams of the women and the children being shot, echoed in the air. Some who tried to escape the bullets by jumping into the water were washed away by the stream, never to be found again. One amongst them, Sunil Mistry, was able to reach the opposite bank of the canal and was about to run away when he was shot and killed by the Pakistani soldiers. When all deaths were confirmed, the Pakistani soldiers fired shots in the air in jubilation.5 For days, the bodies of the slain were lying on the banks, decaying and infested with vultures and dogs eating out of it. Those who did not come out when called by the soldiers stayed hidden for some days, after which they came out and cremated the bodies. According to the locals, around 95-100 were killed by the soldiers that day.6,7 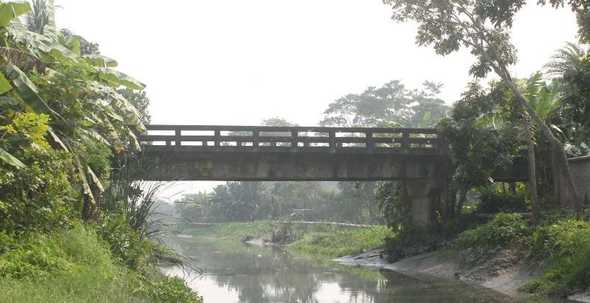 The canal near which the massacre happened

Till now, no memorial has been made at the massacre site to remember the fallen, and are in unkempt conditions.8,9 In 2010, Sukhranjan Sarkar, a senior teacher at Gabha Secondary School and a social activist, appealed to the Barisal Deputy Commissioner to protect the memory of the bodies of those killed in the massacre. On 13 May 2012, the then local MP from Awami League and a muktijoddha Md. Monirul Islam Moni laid the foundation stone for the construction of a memorial pillar at Gabha-Narekathi massacre site with the initiative to preserve the massacre ground to protect the memory of the liberation war. At that time he started the work of paving the roads of Alta-Rayerhat and Gabha Bazar for smooth movement to the massacre site. Although most of the work on the road, including the Gabha Community Primary School building and several bridges, was completed next to the site, he later lost his seat as a Member of Parliament in the 10th parliamentary elections on January 5, 2014, and his work came to a halt.10,11,12